Our Philadelphia Surgery Mistake Lawyers hold medical personnel accountable for negligent surgery (operations) and preventable surgical mistakes resulting in catastrophic patient injuries or death. These are among the many types of medical mistakes that can be considered medical malpractice. Surgical mistakes that may provide the basis for a medical negligence lawsuit can range from mistakes in medication to wrong-site operations and other “never events.”

Injuries caused by negligence before, during, and after surgery can have devastating consequences for a patient. These mistakes can result in permanent blindness, paralysis, or disfigurement; nerve or organ damage; brain or heart damage; internal bleeding; stroke; deadly infections; or heart attack. 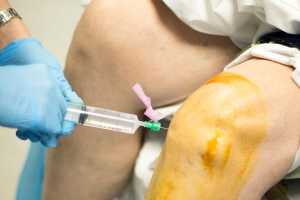 Surgeons sometimes operate on the wrong body part or the wrong side of a patient’s body. This type of surgery mistake is known as Wrong-Site Surgery (WSS) and can be responsible for debilitating and irreversible patient injuries.

You may also hear wrong-site surgery referred to as a “Never Event,” because it is a medical mistake that should never happen. This term is also used to encompass surgeries performed on the wrong patient and performance of the wrong surgical procedure. According to the Joint Commission Center for Transforming Healthcare, wrong-site surgeries occur 40 times per week in the United States.

Because these medical errors are so easily preventable, many medical liability insurers no longer pay providers for WSS injuries. The same insurers also no longer pay for injuries caused by leaving a surgical instrument or foreign object in a patient’s body, another never event that can cause serious consequences, including the need for additional surgery.

Proof of the occurrence of wrong-site surgery usually results in the patient’s recovery of compensation from the doctors, other medical staff, and hospital or surgical center responsible for the mistake. In most cases, the responsibility for these errors is shared by more than one individual and entity.

The following are examples of medical malpractice that can lead to WSS:

Other Types of Surgery Mistakes 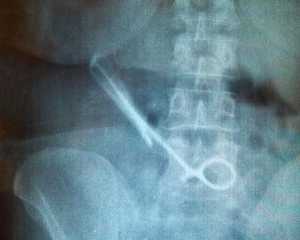 Many other types of errors made during surgery, pre-surgical preparations, and post-surgical care may lead to a patient’s recovery against the responsible parties. Our Philadelphia Surgery Mistake Lawyers have brought medical malpractice actions against surgeons, anesthesiologists, surgical and anesthesia assistants, nurses, other hospital or surgical center staff, and hospitals and surgical centers.

Here are some examples of surgery-related medical negligence that can lead to medical malpractice liability.

Feldman & Pinto’s Philadelphia Surgery Mistake Lawyers have successfully litigated a large number of surgical error medical negligence cases in their more than 20 years of practice. If you were injured due to medical negligence before, during, or after a surgical procedure, contact our Medical Mistake lawyers today to schedule a free consultation about the possibility of legal action.

If you are looking for a Philadelphia Medical Malpractice lawyer, contact Feldman & Pinto for a free evaluation today.

The Institute of Medicine estimates that more people die in a given year from preventable medical errors than in car accidents, breast cancer or AIDS. Preventable medical mistakes kill 192,000 patients a year in the United States and injure many others.