You have two kidneys, one on each side of your backbone, just below your ribcage. Each one is no bigger than a fist, but they are extremely important to the good health of a great many parts of your body.

Together, your kidneys contain close to two million tiny filters, which remove waste products and extra fluids from your blood throughout the day, turn the fluids and waste into urine, and send the urine to your bladder to be stored until you eliminate it from your body. On a typical day, your kidneys may filter between 120 and 150 quarts of blood and make between 1 and 2 quarts of urine.

Why is this so important? Without this blood filtering system, extra fluids and poisonous waste products would build up in your body. Minerals known as electrolytes (such as sodium, potassium, and phosphorous) would become unbalanced, your blood pressure would rise to dangerous levels, and the health of your bones and red blood cells would suffer.

When your kidneys’ ability to perform their life-sustaining function has been reduced (for any one of a number of reasons), you are said to have Kidney Disease. Kidney Disease is generally referred to as Chronic Kidney Disease (CKD), because it develops slowly, usually over many months or years. Your kidneys may be damaged, little by little, due to illnesses or conditions that affect the kidneys or because you have taken certain types of drugs.

High blood pressure and diabetes have a serious effect on kidney function and are the most common causes of CKD. As many as two-thirds of CKD patients suffer from one or both of these conditions. Other diseases and conditions known to cause CKD include autoimmune diseases (such as lupus), diseases that affect the filtering units of your kidneys (glomerulonephritis), polycystic kidney disease, and repeated urinary tract infections.

Drugs called Proton Pump Inhibitors or PPIs (such as Prilosec, Nexium, Prevacid, Protonix) and many other over-the-counter medications that people take every day (such as aspirin, Ibuprofen (Advil and Motrin), Naproxen (Aleve), and the prescription drugs Anaprox, Celebrex, Clinoril, and Feldene) are also major contributors to Kidney Disease. When Kidney Disease is caused by a PPI, it may develop in a matter of weeks rather than years.

Your kidneys’ ability to perform the important job of cleansing your blood will also lessen simply because you have gotten older. All parts of the human body, including the kidneys, suffer from the natural wear and tear of age.

You have Kidney Failure (rather than just Kidney Disease) when your kidneys are working so poorly that you need Dialysis or a Kidney Transplant to survive. There are two main types of kidney failure: Acute Kidney Failure and Chronic Kidney Failure. Kidney Failure is also called Renal Failure. (Renal means something related to the kidneys.)

Acute Kidney Failure occurs when your kidneys suddenly stop working. This usually happens over 1 to 2 days, sometimes within a matter of hours. Acute Kidney Failure may be brought on by a heart attack, problems with the urinary tract, a disease or condition that reduces blood flow to the kidneys, blot clots, seriously low blood pressure, some pregnancy complications, and many other illnesses or disorders.

Chronic Kidney Failure (also called End-Stage Kidney Disease or End-Stage Renal Disease (ESRD)) is the very last and most severe stage of Chronic Kidney Disease (CKD) and the most common type of kidney failure. It occurs when your kidneys have become so damaged that they can no longer keep you alive without permanent Dialysis or a Kidney Transplant.

CKD that eventually leads to Chronic Kidney Failure is usually caused by illnesses or conditions that gradually reduce the function of your kidneys, such as diabetes, high blood pressure, urinary tract disorders, and other diseases. It can also be caused by the use of drugs (such as Proton Pump Inhibitors) that have the same effect. Chronic Kidney Failure can occur after 10 to 20 years of kidney damage from CKD or after a much shorter time (weeks or months), if caused by the use of kidney-damaging drugs. 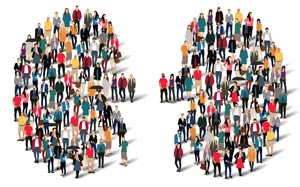