In the early 1970s, Monsanto discovered the herbicidal properties of glyphosate and began marketing it under the brand name RoundUp. RoundUp is a herbicide used to kill weeds.

Who Makes and Sells RoundUp

Monsanto, a subsidiary of Bayer AG, manufactures and markets RoundUp. In addition to Monsanto, the Nouryon companies manufacture chemical compounds known as surfactants that are put into RoundUp to assist in transmitting the weed killer to the weeds.

In March 2015, the International Agency for Research on Cancer (IARC) determined that glyphosate is probably carcinogenic to humans. IARC found an increased risk between exposure to glyphosate and NHL. IARC also noted the genotoxic, hormonal, and enzymatic effects in mammals exposed to glyphosate. IARC further found that glyphosate induced DNA and chromosomal damage in mammals and in human and animal cells in vitro.

Beginning in 1991, evidence demonstrated that glyphosate formulations were more toxic than glyphosate alone.

RoundUp consists of 40 to 60 percent glyphosate. Another ten to fifteen percent is surfactant. Surfactants, like Polyethoxylated tallowamine (POEA), allow glyphosate to penetrate into the leaf of a plant, so it can kill the plant. Part of the way POEA does this is that it allows RoundUp to lie flat on the leaf so that the oily, waxy leaf surface can absorb the RoundUp and the glyphosate.

RoundUp, glyphosate, and POEA, once they penetrate into the skin, then collect in a reservoir in the epidermis — this reservoir is not immediately absorbed, and, because it is below the skin, it cannot be washed off. Studies have shown this reservoir lasts for as long as seven days. 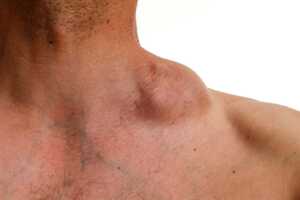 When glyphosate makes its way under the human skin, it moves closer to the bone. Lymphoma, a cancer that begins in the bones (which then penetrates the Lymphatic stem cells in the bone) can turn into NHL (non-Hodgkin’s Lymphoma) as a result of contact with toxic chemicals such as glyphosate (the active ingredient in RoundUp) and POEA. When the lymphatic system is compromised, our bodies cannot fight infections and toxins in the blood, ultimately compromising our white blood cells.

Treatment for NHL can cost hundreds of thousands of dollars, along with the long and uncertain road of recovery. 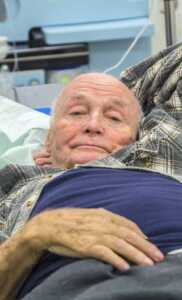 Yet, Monsanto continues to proclaim to the world that RoundUp is safe and refuses to put a warning on the label. Indeed, Monsanto has ghostwritten numerous scientific articles to try to convince the public, the scientific community and federal and state regulators that RoundUp is safe.
The claims asserted by plaintiffs in the RoundUp Litigation have a variety of legal theories based on the cancer-causing danger of RoundUp and the failure of the defendants to warn the public about the danger.

An estimated 100,00 people have filed lawsuits against Monsanto, claiming the weed killer causes cancer. The majority of these cases were filed in federal court, in what is called Multi District Litigation (MDL). Juries in some cases have returned massive verdicts of millions and billions of dollars. These big verdicts resulted in block settlements where 70 to 80 percent of the settlement claims were resolved. But there still remains approximately 20 percent of claims, including new claims that arise daily as a result of continued sales and use of RoundUp as a weed killer, that have not been resolved. Several of these cases have been filed in various state courts where there have been victories for the plaintiff victims. However, there have also been significant victories by the defendants where Monsanto prevailed with juries on its claimed defenses that RoundUp is safe. The defendants have a team of experienced attorneys who have mounted these winning defenses using experts who claim that the science cited by the plaintiffs’ victims experts is wrong.

Feldman & Pinto is working with a group of highly experienced defective product litigators to continue the fight for victims of RoundUp. We have obtained approval of a mass tort program in Philadelphia, Pennsylvania to pursue individual RoundUp lawsuits in the Philadelphia court system. The Philadelphia court system has historically been a leader in effectively, efficiently, and fairly handling complex litigation. Our firm is acting as co-liaison counsel, the plaintiffs’ counsels’ coordinators between the plaintiffs’ attorneys, defense attorneys, and the Court to assist in developing procedures that will move the litigation promptly and fairly towards resolution.

We are only working with experienced trial attorneys from around the United States who have decades of experience bringing justice to victims of negligence of large pharmaceutical and chemical companies. Contact us if you or a loved one has developed cancer as a result of exposure to RoundUp and you would like to be considered for legal representation.

Feldman & Pinto has obtained millions in settlements and verdicts for clients injured by defective drugs, medical devices, and related products. Our Philadelphia drug injury lawyers have what it takes to successfully handle these cases. Learn more »

Feldman & Pinto's Philadelphia RoundUp Lawyers may offer representation to those who developed cancer as a result of exposure to RoundUp. Learn more »