Our Philadelphia Bydureon drug injury lawyers are evaluating cases involving pancreatic cancer and other serious injuries in type-2 diabetics who have used the drug Bydureon. Bydureon, a once-weekly injectable drug, is an extended-release version of the twice-daily injectable medication, Byetta. Both Byetta and Bydureon are glucagonlike peptide 1 (GLP-1) receptor agonists, or incretin mimetics.

Bydureon has been associated with serious injuries, including: 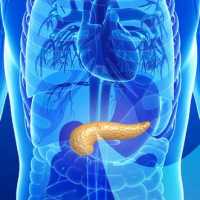 On May 1, 2010, the Annals of Pharmacotherapy reported a study that found an association between Bydureon (exenatide extended release) and acute pancreatitis.

On March 14, 2013, the FDA published a drug safety communication warning of the potential of incretin mimetics such as Bydureon to increase users’ risk of pancreatitis and pancreatic duct metaplasia.

On April 8, 2013, the National Institutes of Health (NIH) published study results showing an increased risk of acute pancreatitis in users of Bydureon (exenatide). The study also revealed that Bydureon users developed pancreases that were 40% larger than normal size.

If you or a family member developed pancreatic cancer or another serious injury following use of the type-2 diabetes drug Bydureon, you may be entitled to compensation from the manufacturers. Contact our Philadelphia Bydureon drug injury lawyers, today, to inquire about filing a Bydureon lawsuit.